June 28—an uneventful day to some, while to others it’s a good day.

But for K-pop fans, it’s definitely a good day.  Why, you may ask?

See Also: BTS Changes Their English Name To Beyond The Scene

Well, it’s because, for one, Jung Daehyun of B.A.P has celebrated his birthday! That’s right, fans across the world celebrated with him by tweeting #HAPPYBABYHYUNDAY and  #대현이다 on Twitter.

It may be late, but happy belated birthday Jung Daehyun!

Now, moving on. Those aren’t the only news last June 28.

Finally, BAP 2nd Japan album Unlimited has been released! Oh yeah, after their comeback last May they followed it up by releasing another Japanese album. It is entitled “Unlimited”, which means having no limits.

Like in their previous Japanese album, B.A.P sung Japanese versions of some songs. Moreover, B.A.P also released original songs in Japanese. These songs are Freaky Sound, Fire Flame, Good Time, You and Fly High.  On the other hand, Skydive, Now, Wake Me Up, Be Happy, Feel So Good, I Guess I need You, 1004, and With You are all Korean songs that have been interpreted into Japanese.

Among these pieces, Wake Me Up, Fly High, You and Feel So Good have been bestowed a Music Video. Not to mention, Now is a solo by Moon Jongup and You is a solo by Jung Daehyun.

The album consists of 13 tracks. Each with their distinctive feature, but surprisingly it flows well. Not only that, the whole discography is quite different from their Korean ones. The whole ambiance seems to be cheery and less focused on the darker themes that B.A.P is known for. With that said, the chosen songs seem to fit with the Japanese market. 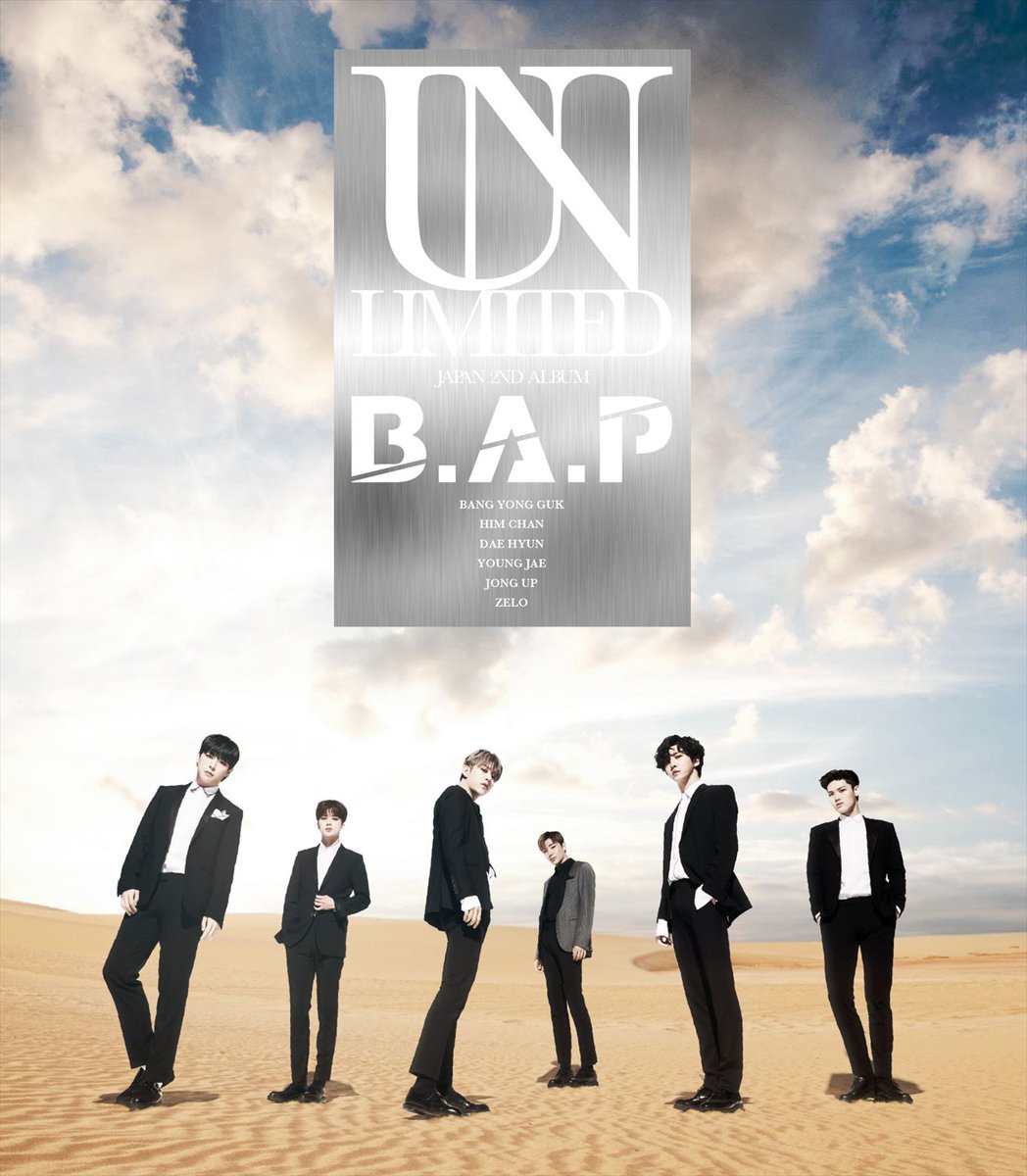 Another unique quality about this album is that the cover photo isn’t their mascot—the Matoki. Their cover is them, standing in a vast open desert. (This also varies which album you have, but their cover is them)

Moreover, you can also download the songs on iTunes.

B.A.P also went to Japan to promote their album by appearing in a show called Nico-Nico Live, last June 27, before the release of their album. In addition, they’ve also promoted on LINE last June 29.

Listening to B.A.P’ Unlimited garners a different kind of emotions because of their songs. This is a great album, especially since the chosen songs complement one another.

Here are the music videos for some of the songs included in B.A.P Japan album